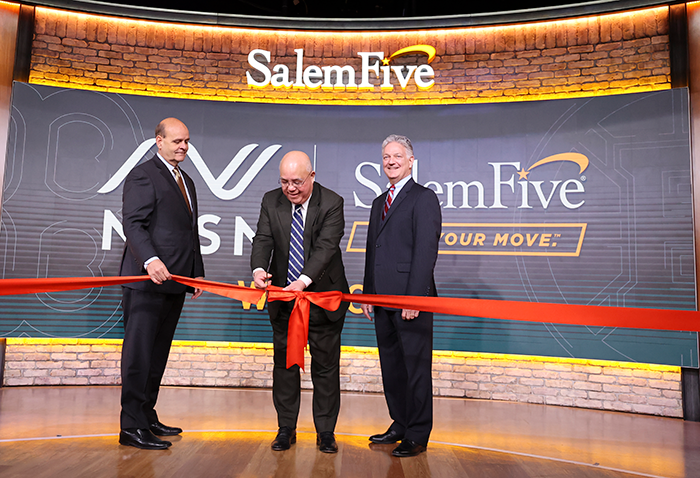 The partnership follows the complete redesign of the state-of-the-art facility, which occurred last year to create a fully customizable studio experience for NESN’s millions of viewers, including 4K/HDR compatibility.

“Over the past few years, we looked at several opportunities that would help improve our brand awareness and further accelerate our growth,” said Salem Five President and CEO Ping Yin Chai. “After that extensive review, it was clear that this is absolutely the right partnership to help us grow our banking, insurance, wealth management and mortgage businesses.”

Salem Five will have two permanent brand fixtures within the studio space, alongside a digital ribbon on the largest LED monitor. The bank will be prominently featured in all NESN studio shows, which include pre and postgame coverage of away Boston Red Sox and Boston Bruins broadcasts and intermission coverage for Bruins away games. The studio includes six LED monitors, two of which are 20’x7’ and 14’x7’and span the width of the space on opposite ends, which will also be used to feature Salem Five in NESN’s coverage.

“We are thrilled to unveil the Salem Five Studio in tonight’s Bruins broadcast against the Columbus Blue Jackets,” NESN President and CEO Sean McGrail said. “This is the first time in network history that we’ve given exclusive naming rights to a sponsor for a studio space and we're looking forward to utilizing this truly cutting-edge studio to bring the Salem Five brand to life for our Red Sox and Bruins audience.”

Salem Five Bank (www.salemfive.com) is a mutual bank founded in 1855. Whatever the need and whatever the goal, Salem Five’s banking, investment and insurance professionals have the expertise to move customers forward. Salem Five has almost $6 billion in assets and 33 retail branches in Essex, Middlesex, Norfolk and Suffolk counties. Divisions include Salem Five Mortgage Company, one of the largest mortgage lenders headquartered in New England; Salem Five Wealth Management and Trust Services, which offers financial and retirement income planning, portfolio review and money management; Salem Five Wealth Management & Trust offering fiduciary wealth management services to institutions and high-net-worth individuals, and Salem Five Insurance Services, which provides personal and commercial insurance. Salem Five deposits are insured through the FDIC. Salem Five Mortgage Company’s NMLS # is 4662. Equal Housing Lender. Securities are offered through LPL Financial, member FINRA/SIPC. Life insurance products are offered through LPL Financial or its licensed affiliates. Insurance and investment products are not FDIC insured, not bank guaranteed, may lose value, not a deposit, and not insured by any federal government agency.

About NESN
NESN is consistently one of the top-rated regional sports networks in the country with award-winning Red Sox and Bruins coverage. NESN and NESN+ are delivered throughout the six-state New England region and are available anytime, anywhere, on any device on the NESN app and at NESN.com. The network is also distributed nationally as NESN National. NESN.com is one of the country’s most visited sports websites with dedicated digital video productions and always-on news coverage. NESN’s social responsibility program, NESN Connects is proud to support and connect its employees with charitable organizations in the Greater Boston community. NESN is owned by Fenway Sports Group (owners of the Boston Red Sox) and Delaware North (owners of the Boston Bruins). Follow @NESN on Facebook, Twitter and Instagram to stay up to date on the latest New England sports news. 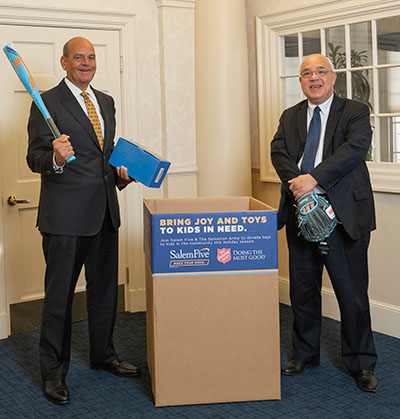